Sardar Patel is credited with uniting all 562 princely states in pre-independent India to build the Republic of India — hence the name of the statue.
Built by over 250 engineers and 3,400 laborers using 70,000 tons of cement, 18,500 tons of reinforcement steel bars, 6,000 tons of structural steel and 1,700 metric tons of bronze.
The height of the statue was fixed as ‘182’ metres to match the total democratic assembly constituencies in the state of Gujarat.
A comparison of the Statue of Unity with other notable monuments in the world: 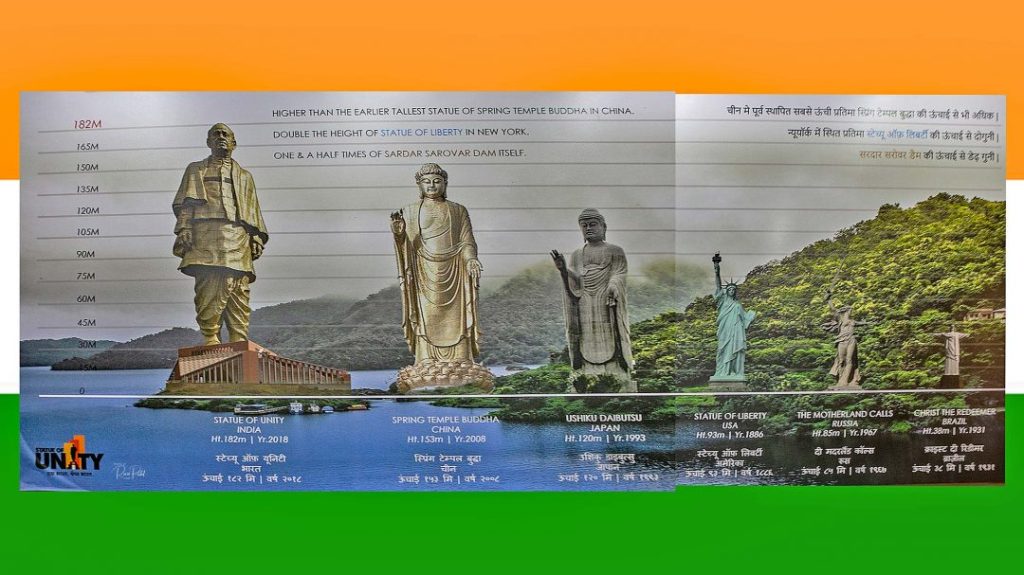 The old stonework of Golconda Fort, Hyderabad is in stark contrast to the unidentified white building that stands out.

Modern Construction in an Old Fort

Older buildings in Khambhat, India tended to be very close to one another and walkways between the structures were quite narrow. The walkways were meant for only pedestrians and never anticipated vehicles. 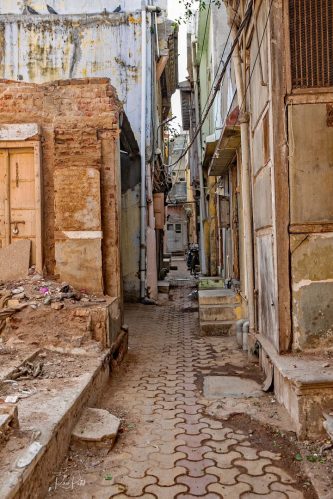 Khambhat, in east-central Gujarat state, west-central India, lies at the head of the Gulf of Khambhat (Cambay) and the mouth of the Mahi River.

The town was mentioned in 1293 by the Venetian traveler Marco Polo, who referred to it as a busy port. It was still a prosperous port in the late 15th century, when Muslims controlled Gujarat. As the gulf silted up, however, the port became insignificant. The town was the capital of the princely state of Cambay, which was incorporated into Kaira (later Kheda) district in 1949.

There are several structures from the past, including this building, that display architecture from that era. 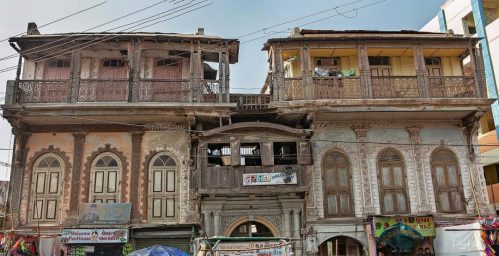 A Building from the Past in Khambhat

Chipping Campden is a small market town in the Cotswold district of Gloucestershire, England. It is notable for its elegant terraced High Street, dating from the 14th century to the 17th century. An attractive building with a clock tower sits on High Street. 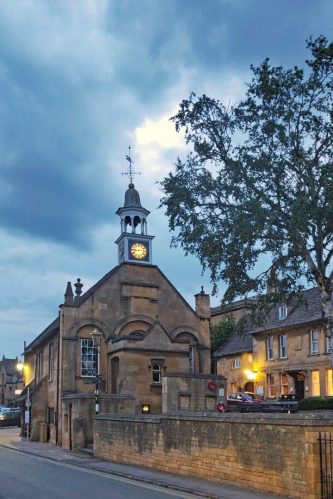 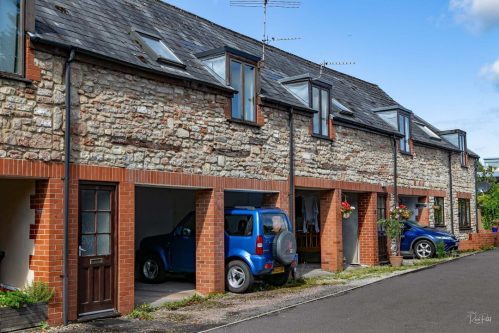 Oriel College is the fifth oldest of the University of Oxford’s constituent colleges, founded in 1326. The majority of Oriel’s buildings date from the 17th century onward. 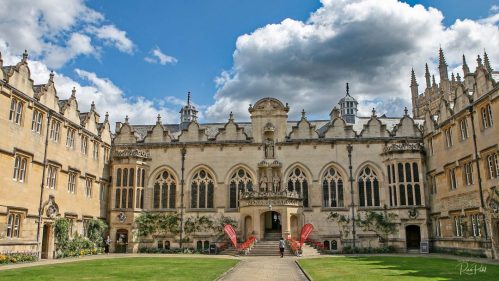 The Peckwater Quadrangle (known as “Peck” to students) is one of the quadrangles of Christ Church, Oxford, England. 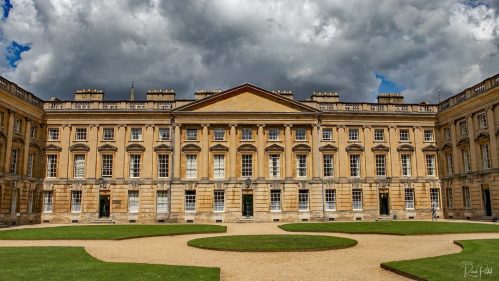 Founded in 1546 by King Henry VIII, it is one of the larger colleges of the University of Oxford. Christ Church has a number of architecturally significant buildings including Tom Tower (designed by Sir Christopher Wren) and Tom Quad (the largest quadrangle in Oxford.

The reflections on glass completely distort a building in uptown Charlotte, North Carolina 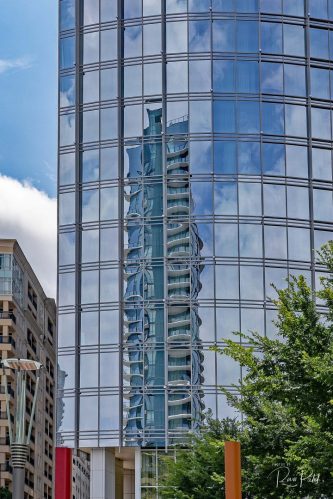 Charlotte has a lot of modern architecture along with traditional buildings. Here is a black and white image reflecting the architectural symmetry of this building. 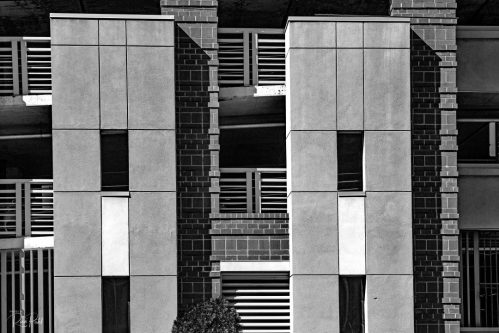 One Wells Fargo Center is a skyscraper in Charlotte, North Carolina. It is the headquarters for Wells Fargo’s east coast division. At 588 feet tall and 42 stories, it is the fourth tallest building in Charlotte. 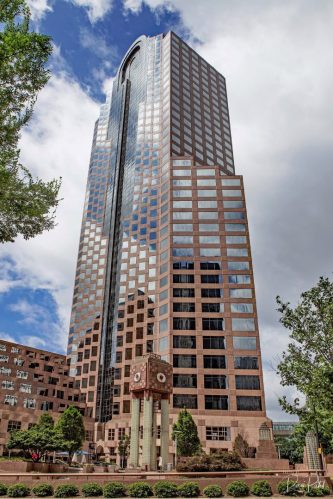 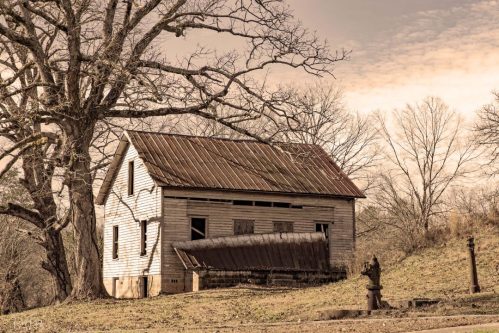 Rustic Home with a Water Pump

City Hall, also known as the Municipal Building, is a historic municipal building in New Bern, North Carolina. It was originally built in 1897 by the federal government to house a post office, federal courthouse, and custom house. 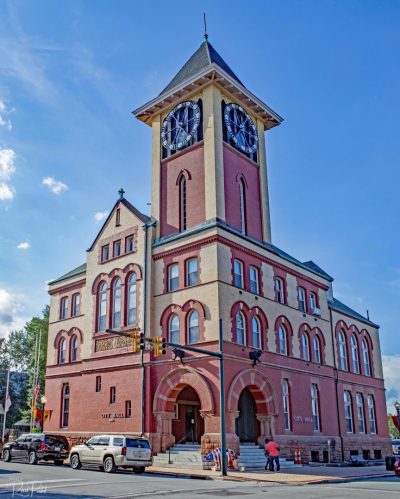 Reflections on a window create a framed composition of a building, blue sky, greenery, trees and a path 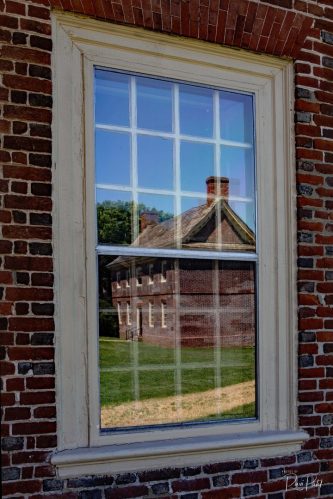 Reflections for an Image

A colorful building in Belfast, Maine maintains decor from the past. Would be perfect if the cars were antique! 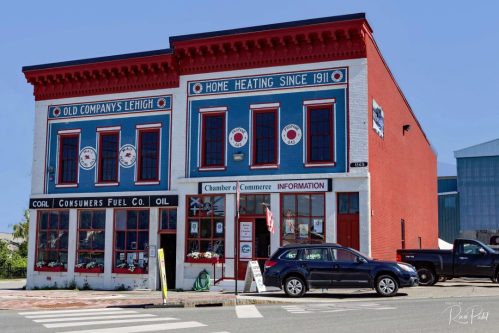 The F&F Tower (previously known as the Revolution Tower) is an office tower in Panama City. Emporis selected the F&F Tower among the top 10 best skyscrapers of the year in 2011, ranking it 7th out of the 10 Emporis Skyscraper Award winners for its architectural excellence regarding the design of building and its functionality. It is also one of the most iconic buildings of Panama City 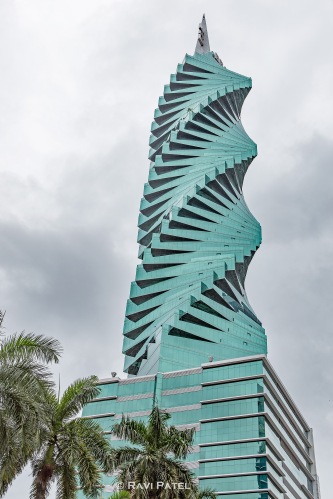 F&F Tower Reaching for the Sky 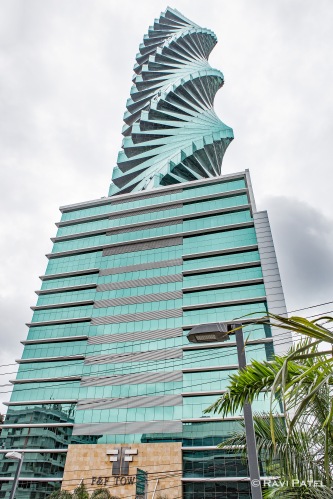 A building in Casco Viejo decorated with Panama colors on occasion of the country’s independence.

The glass window of a historic cafeteria building with gold decorations casts reflections of the street in Asheville, North Carolina 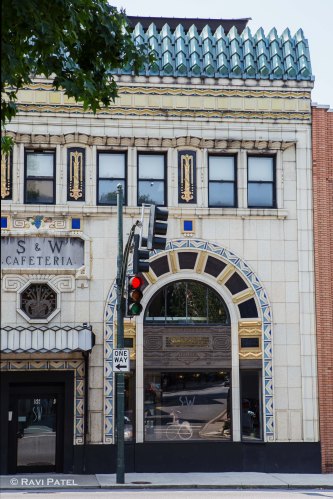 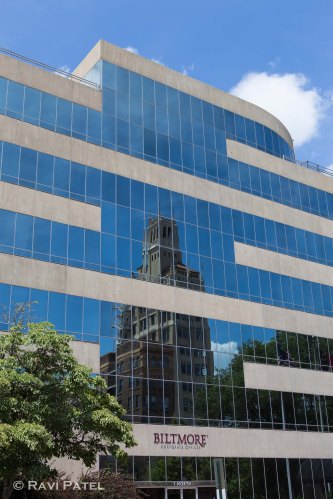 An architecturally old styled building on the corner of Asheville, North Carolina streets is eye-catching 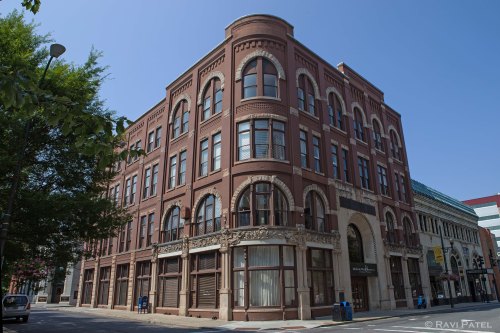