Founded in 7th or 8th century, Muchelney Abbey is a landmark in Somerset. It was once a wealthy Benedictine house and the second oldest religious foundation in Somerset, but as part of the dissolution the abbey’s principal buildings were demolished by Henry VIII in 1538. The Abbey was the second largest in Somerset after Glastonbury, England.

The only intact structure is the Abbot’s House with well-preserved architectural features including external stonework and inside a great chamber with ornate fireplace, carved settle and stained glass, and timber roof. 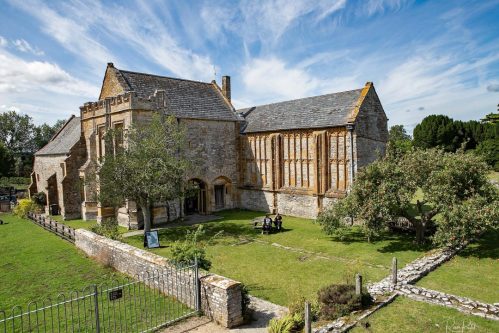 Famous for quintessentially English market towns and villages built from honey-colored stone, the Cotswolds are a range of gently rolling hills and the largest area of outstanding natural beauty in England and Wales

The Cotswold style of architecture is a unique style and is sometimes called the storybook style, with buildings made in this form also sometimes referred to as Tudor cottages. Cotswold houses often have a prominent chimney, often near the front door of the house.

The residential area of the Henry River Mill Village consisted of approximately 35 small worker’s cottages. Twenty-one are still standing today. These 1-1/2 story duplex houses were laid out along the steep contours of the river’s northern bank. The workers lived in two-family boarding houses or workers’ cottages built by the company, which were leased at nominal fees.

Built on a Slope

A vividly painted house against the blue sky with clouds stands out on the Corolla dunes, Outer Banks, North Carolina 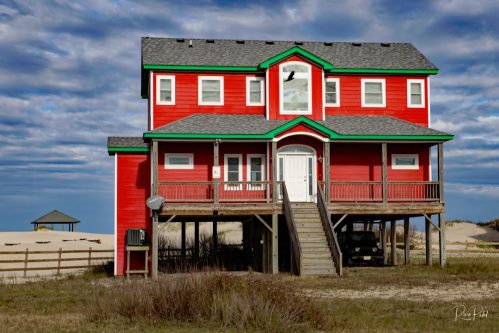 A Colorful House on the Dunes

Located on the hills near Blowing Rock, North Carolina, the Moses Cone Manor house, completed in 1901, is an impressive piece of period architecture popping out of the mountain landscape.  The walk down the steps provides a breath-taking view of Bass Lake below and the surrounding mountains accented by the always changing sky. 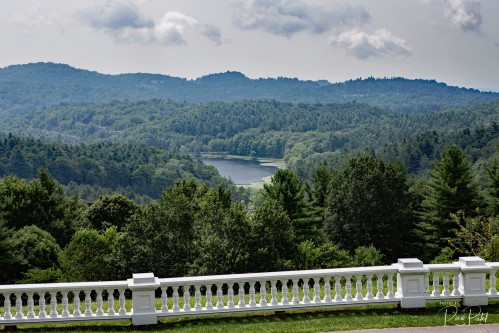 An old, farm house barely stands, but creates a striking feature in this North Carolina landscape

Still Standing on the Farm

A Side View of Biltmore House