Henry River Mill Village is a small textile village in Hickory, North Carolina. It is an unaltered but now-decaying example of an early industrial environment in Burke County.

While the Henry River area was known for it’s water-power as early as 1860, the most relevant historical significance came from the purchase and development of the land in the early 1900’s. The Aderholdt and Rudisill families partnered to establish the Henry River Manufacturing Company, which was a cotton yarn manufacturer that opened it’s doors in 1905. During its initial operation, the Company erected 35 worker houses, a two-story boarding house, a bridge, a brick company store, a power producing dam, and the original 3 story brick mill building where the yarn was produced. 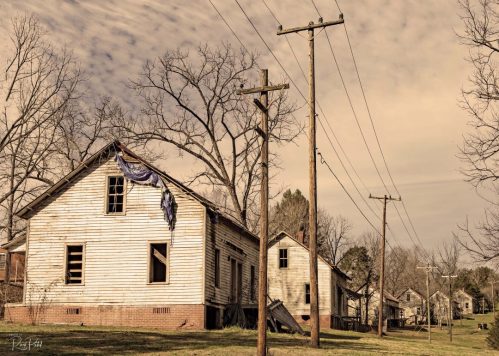