The King Vulture is the most colorful vulture. The head and neck are red, yellow, and bluish; the eyes are white with red eye-rings; the body is buff above and white below; and the neck fringe is gray. 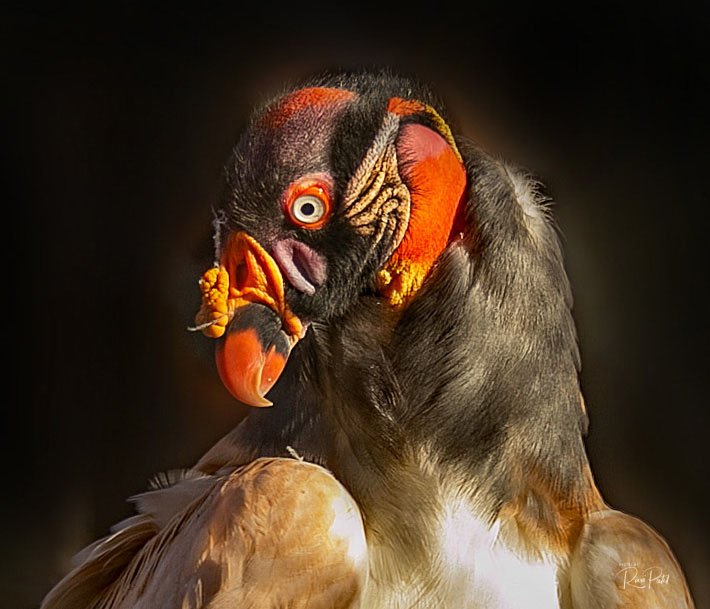 The King Vulture is an uncommon, large, and spectacular bird of lowland tropical forest, mainly in wilder areas and not around human habitation. Most often seen soaring overhead in mid-late morning, often fairly high up; rarely seen perched. Striking adult has a colorful head and neck, piercing white eyes, and mostly white plumage with a black trailing edge to the wings and tail. Here is a captive, perched vulture at Carolina Raptor Center, North Carolina. 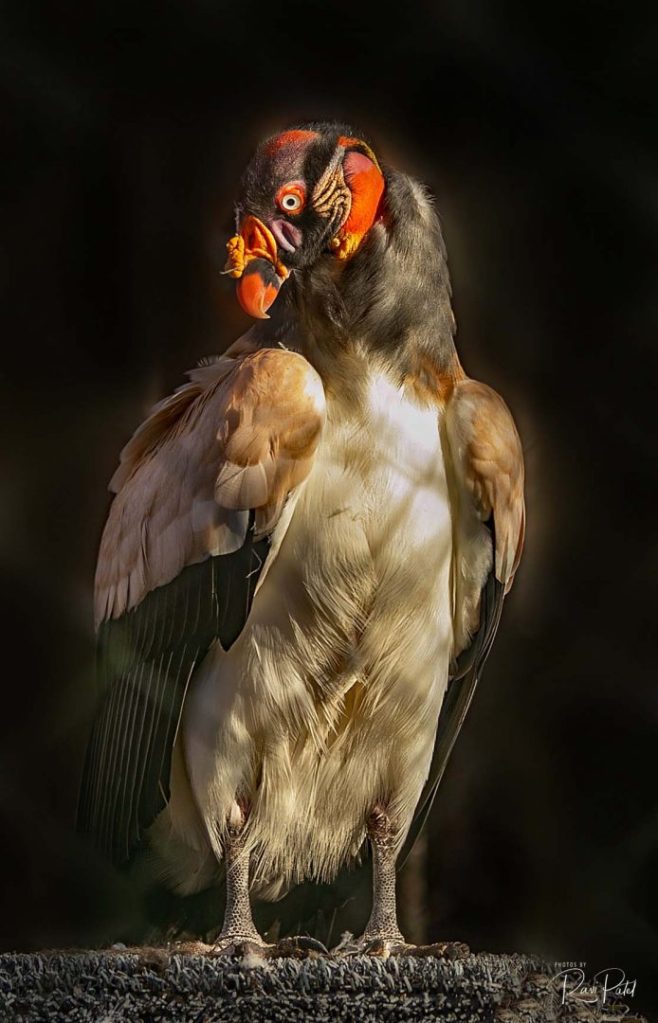