Richmond, the capital of Virginia, is among America’s oldest major cities. Patrick Henry, a U.S. Founding Father, famously declared “Give me liberty or give me death” at its St. John’s Church in 1775, leading to the Revolutionary War.

The James is Virginia’s largest river, running roughly 350 miles from northern Botetourt County to the Chesapeake Bay. The James is also one of the longest rivers in the U.S. that lies within one state. 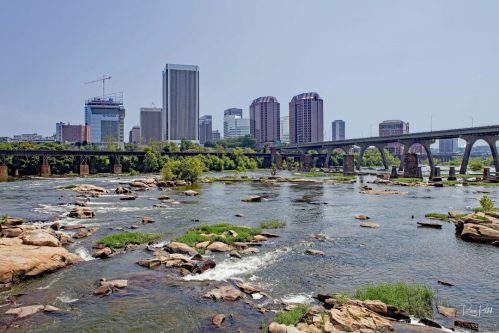 Richmond on the James